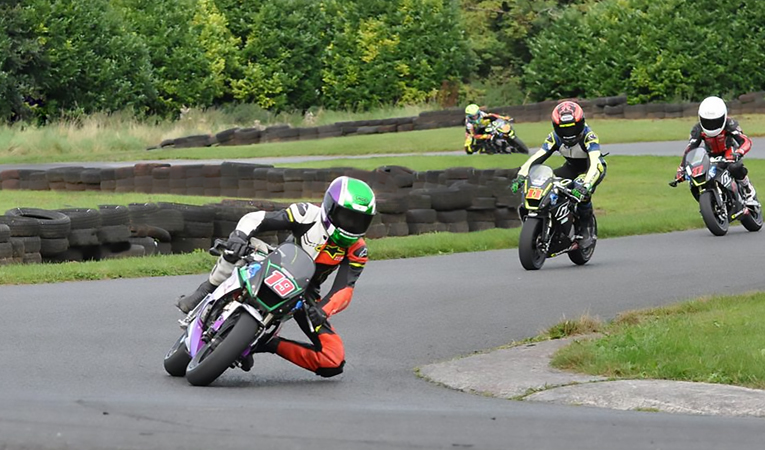 Portadown’s Brian Hamilton increased his advantage at the top of the standings in the inaugural FIM MiniGP Ireland Series on Sunday (September 12th) as the championship riders contested round four at Athboy in Count Meath. The Road to MotoGP feeder series, for 10 to 14 year old’s, will now head into its final two events with Hamilton, Dubliner Finnan Wherity and Kildare’s Josh O’Brien, holding the top three positions that will reward them with an invite to the FIM MiniGP World Final in Spain during November.

Hamilton took the overall win for the second time this season having dominated all three races held at the County Meath Kart Track. In doing so the fourteen year old became the first rider to win all three races at a round, as he put in the performance of the season so far.

The FIM MiniGP Ireland Series arrived in Athboy having had three different event winners on the three different tracks during the first half of its schedule. Hamilton, Wherity and O’Brien had been the only riders to win a race before the August Mondello Park event, but they were joined there by Jack Burrows who won at his first attempt. These four were expected to be the front runners in Athboy and that was just how it worked out.

Race one was much as expected in terms of the top four but what was not expected was the manner of Hamilton’s victory. The front runners were unusually spread out as the series leader used his track knowledge to pull clear of Wherity, O’Brien and Burrows, with Matt Davidson just staying on the tail of the fourth placed rider. At the flag Hamilton took the win by nine seconds from Wherity with O’Brien taking the final podium place more than twenty seconds back and Burrows coming home fourth, just ahead of Davidson. 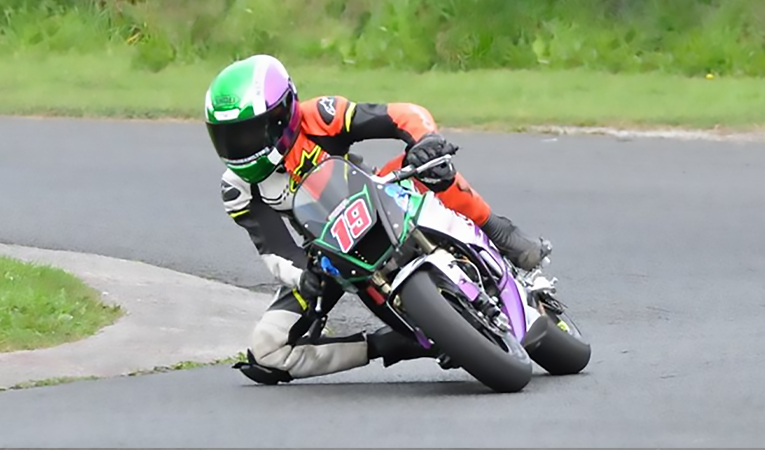 Race two followed the same pattern but this time Wherity and O’Brien were able to stay closer to the leader for the early laps. Eventually the race one winner was able to pull clear by seven seconds with O’Brien a further eleven seconds back. Burrow was again fourth, well clear of the battling trio of Davidson, Freddie Cooke and Fionn O’Connell.

The final race of the event was close initially, but as in the previous two Hamilton used his advantage to pull away by the end of the fifteen laps to once again beat Wherity and O’Brien. Freddie Cooke got the better of Matt Davidson and Fionn O’Connell for fourth when Burrows retired due to an engine problem. The trio of wins gave Hamilton maximum points overall with Wherity second and O’Brien third

Brian Hamilton now leads the championship by thirteen points from Wherity with O’Brien a further seven points back. With a gap of forty seven points to fourth placed Freddie Cooke and a maximum of fifty points on offer from the remaining two events, Hamilton is virtually assured of a top three spot but will still have to work hard to maintain his championship top spot.

The next event on the FIM Mini GP Ireland Series calendar takes place at Kiltorcan Raceway in Kilkenny on Sunday October 3rd.