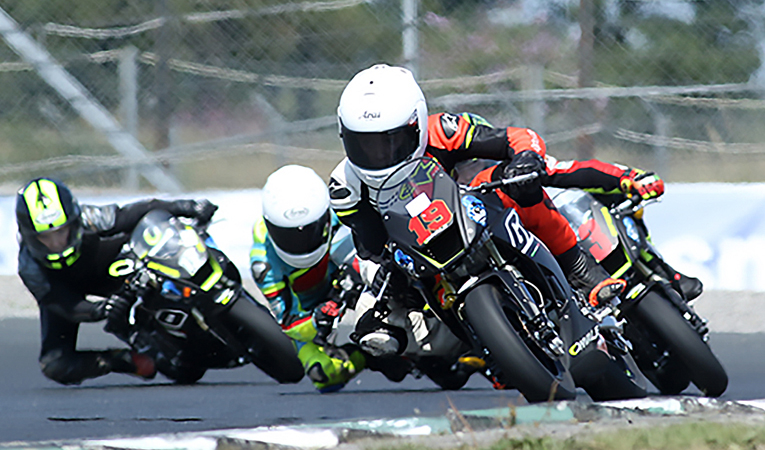 The new FIM MiniGP Ireland Series for 10 to 14 year old racers is already proving to be a fantastic addition to the Irish Motorcycle Racing calendar with two successful events under its belt.

The championship, which is part of the FIM MiniGP World Series, offers an unprecedented opportunity for young Irish racers to be part of the FIM’s Road to MotoGP programme. As part of that programme, the top three in the Irish Series will be invited to take part in the World Final in Valencia in November, with the winner of the final securing a spot in one of the MotoGP junior programmes.

The championship features identical Ohvale MiniGP bikes which are available at a subsidised price but MCI and Mondello Park are also offering an even more cost effective way for young racers to sample what the FIM Series has to offer. At each round the championship organisers are offering one rider the chance to make a wild-card appearance on the MCI owned bike, for the very affordable cost of just €300. The cut price offer includes rental of the machine, the riders event entry fee and a new set of tyres.

The wild-card opportunities have already proven popular with a number of enquiries for the opening two events. The Bike has had two successful outings and is booked for two of the remaining four events leaving just a couple more opportunities to sample MiniGP Ireland before the end of its inaugural season.

Riders interested in taking part in the series can check out round three of the championship in Mondello Park on Saturday and Sunday August 28th and 29th. The first event for which the MCI bike is available for a wild-card entry is round four in Athboy, County Meath, which will also be open to spectators wishing to get a closer look at the series. The remaining two events will take place in Kiltorcan, County Kilkenny and Watergrasshill in Cork during September and October.