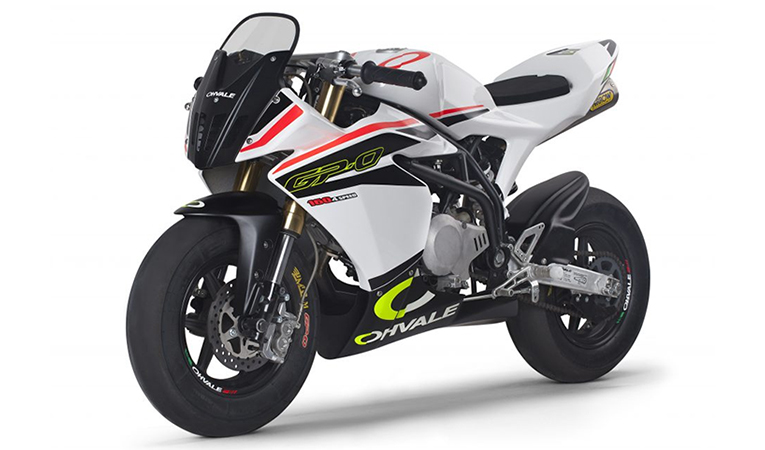 Following a long wait since the beginning of the application process, the Motorcycle Union of Ireland were finally revealed today as one of national governing bodies chosen to be part of the FIM’s new MiniGP World Series. Ireland will now, for the first time, be part of the governing body of World Motorcycle Racing’s Road to MotoGP programme, which seeks to nurture and promote young racing talent.

The MiniGP World Series has been instigated by the FIM and MotoGP promoters Dorna, in an effort to standardise the ladder of progression for young competitors, as they take their first steps into circuit racing. Using identical Ohvale Motorcycles and running to standardised regulations, the World Series will run across twelve different national and regional championships, with the top three from each series being invited to compete in the World Final in Valencia, Spain, which will run alongside the last MotoGP event of the season.

Running under the title of FIM MiniGP Ireland Series the new championship will be promoted by Motorcycling Ireland’s Short Circuit Racing Committee between July and October, with seven races at five venues across Ireland. The series will run twice at Athboy Karting Centre in Meath, visit Louth’s Whiteriver Park and make two eagerly awaited guest appearances alongside the Dunlop Masters Superbike Championship at Mondello Park in County Kildare, before finishing its season off with trips to Kiltorcan Raceway, Kilkenny and Watergrashill in Cork.

Entry to the Championship is open to ten to fourteen year olds who have previous Minibike, Motocross or Grasstrack Racing experience. The Ohvale Machines used in the championship have been made available to all National MiniGP World Series events at a subsidised price and this has helped the Irish Series to attract significant interest from prospective competitors. Young Racers interested in taking part can find all of the information on the series dedicated website, www.fimminigpireland.com.

“This is a major step forward for Irish Motorcycle Racing” said MCI Short Circuit Committee Chairman Daire Lowe when the Irish series was announced. “We’ve been working in the background on this since the project was announced, in order to be ready to go once an Irish Series was confirmed. Now for the first time the MCUI will be involved in the Road to MotoGP programme run by Dorna and the FIM and it will allow us to offer the best of our young racers an opportunity to prove themselves on a world stage.”

Despite only being announced today the new FIM MiniGP Ireland Series will kick off in just five weeks time in Athboy. Riders in the series will tackle seven rounds in total, with three heats per round. Up to fifteen riders are expected to contest the first series and they all will have their eye on the top prize of a trip to the first ever MiniGP World Final in Valencia in November.

To Register your interest in participating in the MiniGP World Series Ireland, email mcishortclrcuitcommltte@gmall.com.